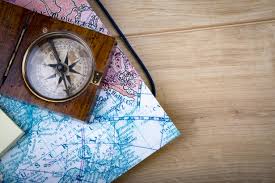 But I can’t. That’s because it’s not easy. We travel anyway because holiday travel is an obligation. And what’s worse, we all do it at the same time. The result? Airports and highways filled with grudging travellers who have picked the worst possible time to board a plane or pile into a car.

Here are the most common travel mistakes people make during the holiday season. Most of them are perennials, but there are a few additions to the list this year.

Waiting too long to book: It’s too late for a Thanksgiving travel deal, but you might still find a bargain for Christmas or New Year’s. No guarantees. Google has released a handy tool that enables you to track rates for seasonal flights and hotels by destination. You can select pricing information by holiday — and hope for the best.

Leaving too late for the airport: If you’re travelling on the busiest travel days of the year — just before or after a major holiday — give yourself an additional two hours just to be safe. Also, consider downloading the MyTSA app. It allows you to check how busy the airport is likely to be on a specific day, at a specific time, based on historical data. The TSA app also allows you to look up information about delays and the weather at your airport.

Being unprepared: For too many people, travel preparations are an afterthought. The mistakes range from packing the wrong items to forgetting to gas up the car. And the consequences range from minor (not having a change of underwear) to severe (arriving late at the airport and missing your flight). Alas, there’s no new way to remember everything. An old-fashioned yellow sticky pad is my favourite, or you could try an app like PackPoint.

Ignoring your ticket’s fine print: Several airlines, including JetBlue Airways and United Airlines, have raised their luggage fees. Other carriers are making less obvious changes, such as tightening their ticket rules. That means inexperienced travellers may get blindsided. Luci Gabel, an exercise physiologist from San Jose, tried to avoid a checked-baggage fee by carrying her luggage on the plane. She should have read the fine print. “When we got to the airport, we were shocked to find out that our carry-on bags were going to cost an extra $55 each,” she said. “Don’t assume that flying only with a carry-on bag will help you escape exorbitant baggage fees.”

Travelling on the wrong day: The holiday travel hordes move in mysterious ways. For Thanksgiving, for example, not everyone leaves and returns on the same days, according to new research by Skyscanner, an online booking site. That creates a sustained busy period, starting a few days before the holiday. So when it comes to planning, you may want to leave even earlier and stay later to avoid traffic.

The single busiest travel day last year was Dec. 22, two days before Christmas. Jan. 2 was the day the most travellers returned from their trips, followed closely by the day after Thanksgiving. You can see a list of the busiest air travel holidays on the Skyscanner website. Road travel tends to follow the same pattern.

“One of the biggest mistakes people make is travelling on the busiest days when they could avoid it,” says Michael McCall, a professor at the Michigan State University School of Hospitality Business. Sometimes, leaving a day early can mean the difference between a stressful trip and a perfect getaway. And sometimes travelling on the day of the holiday (Thanksgiving Day, Christmas Day, New Year’s Day) means fewer crowds and less traffic.

Giving travel insurance short shrift: Insurance can protect you in the event of trip interruptions, delays or missed connections, or lost luggage, and it can cover medical expenses. And it’s not that people aren’t thinking of travel insurance. It’s that they’re failing to consider important details and options, or they’re going with the first policy they see, offered at the end of an airline reservation. One of the most popular insurance benefits is called “cancel for any reason.” Although expensive, it reimburses 75 per cent of your nonrefundable trip cost, allowing you to cancel your trip for any reason whatsoever.

Minimizing holiday trip hassles comes down to a few simple strategies. They include conducting careful pre-trip research, paying close attention to the fine print on your airline ticket, hotel room contract or rental car contract — even if you think you know everything — and remembering to remedy the three biggest errors holiday travellers make. As in, don’t wait too long to book, give yourself plenty of time and prepare.

And the rest of the holiday travel mistakes — at least the ones I make — are fodder for those fun TV and radio interviews. I hope you’ll tune in while you’re waiting for your holiday flight.

This article, originally published on The Washington Post, has been contributed by Christopher Elliott who is a consumer advocate, journalist and co-founder of the advocacy group Travelers United. Email him at chris@elliott.org.

HelloPost Team takes an opportunity to help your business adapt and succeed in the changing marketplace. We are committed to sharing perspectives, insights, analysis, and trends that challenge and inform others within the industry.

5 foods to eat during winter for good health

How higher education could better serve students — and the world

My learnings during COVID-19 and what’s next

Growing trend of high-end facilities, services and F&B at the airport

Rejuvenate And Re-invent: The New Mantra Of Indian Airport Lounges