How higher education could better serve students — and the world 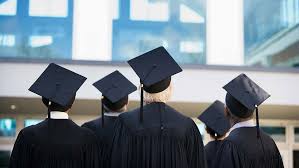 “We can teach students what we know, of course, but that doesn’t take them very far now, does it?”

Four colleges in four years, and four academic fields (wrapped into one self-designed major): that was my convoluted path to a college degree. Much of that time, I swam upstream – struggling against a cascade of policies that ran counter to my vision of education as holistic and engaged with the world.

With my older son finishing high school, I began to wonder how much higher education had transformed since my college days. The timeworn “sage on the stage” model clearly can’t work for a generation raised with instant access to information. But its members, too, may struggle to get learning on their terms, judging from a recent book by Cathy Davidson, “The New Education: How to Revolutionize the University to Prepare Students for a World in Flux.”

It turns out that today’s college students might actually be worse off than my generation in the quest for “active learning,” where they use what they already know as a basis for gaining more knowledge. Surprisingly, students now don’t have markedly more opportunities for this engaging and demanding mode of learning that tackles real-world problems. Worse still, their choices are increasingly constrained by mounting student debt.

“Students are paying more for less,” observes Davidson, who directs the Futures Initiative at the City University of New York. State allocations for public education peaked around 1975, she notes, “when our nation’s policymakers switched direction and began thinking of higher education as a luxury rather than as a public good.” Alongside steep tuition increases, students now find narrowed choices, fewer services and overworked professors.

Most students encounter an outmoded model of teaching that reflects – in Davidson’s words – the “zeitgeist of industrialization,” with an emphasis on standardized testing and specialization. What counted as innovative 150 years ago now feels obsolete in a world with accelerating automation and a growth paradigm bumping up against planetary limits.

Today’s students require “cross-cutting skills of human discernment and creativity that no robot can approximate,” Davidson writes, such as collaboration, critical thinking, strategic savvy, persuasive communications and empathic leadership. Those qualities aren’t likely to be developed either through the 19th-century model or through the 21st-century vision of massive open online courses, what she considers mostly “digitization of the tired, passive broadcast model of education.”

Davidson interviews pioneering professors who are reinventing higher education in programs that foster creative problem-solving, forge ties with communities, blend academic disciplines and engage students in collaborative decision-making and transformational research. The justification for this new approach is clear: “We live in a time when the world’s problems are of such magnitude that no one knows the answers,” Arizona State University dean Sha Xin Wei observes. “Yet in universities, we are still teaching as if we know. That’s a deception. It’s dangerous, really.”

Xin Wei, who directs ASU’s Synthesis Center, seeks to have students tackle “complex problems from seemingly opposite points of view.” The quest for sustainable solutions integrates many fields – from engineering and nursing to psychology and music. He cites an introductory science class in which students sought ways to rehabilitate stroke patients by focusing on strength patients still retained – hearing. Students experimented with ways that interactive electronic music could guide patients in rehabilitation. When movements faltered or went askew, the music became discordant. Seeking melodic tones, patients would practice more therapeutic movements and improve. The goal, Xin Wei told Davidson, is “palpable impact.”

That phrase, of course, applies not just to the patients involved but to the students. “Undergraduates rarely see how what they are learning in one course fits with what they are learning in another,” Davidson reflects, “nor do they typically see their learning turned into an actual solution to a problem…” Students today are eager to work on meaningful projects to save energy, reduce waste and foster community, but traditional institutions offer them few opportunities.

For that to change in higher education, Davidson argues, we need to “support all students on the way to mastery” and place less emphasis on selectivity. Too many schools weed out students who don’t meet certain metrics (like standardized test scores) or neglect those who need an extra assist.

Faced with graduation rates under 15 per cent in some of its Associates’ programs, CUNY recognized the need to innovate – and began systematically testing strategies with an experimental group and a control group. What they found, acknowledges John Mogulescu, dean of CUNY’s School of Professional Studies, “didn’t seem that revolutionary. They didn’t cost a lot, didn’t require some fancy corporate sponsor or some shiny new technology.” Through strong advising, peer mentoring and practical supports, the program assured students “We have your back. And your books. And your Metro card.” That was all it took to double, and in some cases triple, graduation rates.

When I look at to my son’s generation, I want – not just for them to have the support of an isolated professor or program – but for our society as a whole to “have their backs.” They are inheriting some of the thorniest problems humans have ever faced, and a “legacy gift” from older generations of climate upheaval. Don’t they deserve affordable educational opportunities that give them practice tackling real-world challenges? Davidson is cautiously optimistic that we’ll make that collective commitment:

“We may even be at a tipping point, coming to see that the 40-year defunding of higher education is robbing American society of its greatest asset: an educated younger generation prepared to tackle the problems of a turbulent future.”

This article is contributed by MARINA SCHAUFFLER, who is is a freelance journalist and editor whose work is online at www.naturalchoices.com

HelloPost Team takes an opportunity to help your business adapt and succeed in the changing marketplace. We are committed to sharing perspectives, insights, analysis, and trends that challenge and inform others within the industry.

Tackling the ongoing challenges of online classes for school students